My Canadian Adventure – Life as a Pilot with the RCMP

My Canadian Adventure – Life as a Pilot with the RCMP

My Canadian Adventure – Life as a Pilot with the RCMP New release – A Canadian Aviation Autobiography by Colin MacLeod Colin was born on a Canadian Military Base in 1953, a prairie boy. At the ripe old age of 20 years, he began his career with the Edmonton Police Department. Quickly determining that for […] read more

It’s a decent bet that every pilot and owner in Canada will know Aircraft Spruce. It’s almost impossible to fly here and not know a company which has been in the business of supplying pilots, mechanics and builders for over fifty years. At the outset, it’s worth explaining the name “Aircraft Spruce”. In 1965, following […] read more

Study Your PSTAR Anywhere with pstarexamapp.com

We love both innovation and all-Canadian content for GA. We also love anything that makes getting into GA easier and appealing to the masses. It’s not hard to understand then that we were pretty excited to find pstarexamapp.com recently. The PSTAR is a Transport Canada written examination which must be passed with a grade of 90% or higher in order […] read more

The journey to Canadian soil has been an interesting one for Fisher Flying Products. Originally founded in Ohio, USA by Michael E. Fisher, the company had a quick ownership change and flourished for 20 years before arriving in Woodbridge, Ontario in 2009 under new ownership. In 2014  Dave Hertner of Dorchester, Ontario (close to the city of London, ON) […] read more

Having a pilots license is a privilege. It is that document which you work hard for and entitles you to take the air and fly the Canadian skies. Your personal pilot license (PPL) guarantees you untold adventure in itself, but it is also a gateway to much more. One of the most popular post types […] read more

Let’s, right off the bat, clear up who Zenair is. Officially named “Zenair Limited“, it is the original Canadian company founded by aeronautical engineer Chris Heintz in the seventies that, still today, makes the world-renowned and highly regarded 600/700/800 CH-series of all-metal kit aircraft; Kits for well-known aircraft such as the CH 701 “Sky-Jeep”, the […] read more

FltPlan, you may be aware, is an online flight planning system allowing for route planning, weather and more. The main reason we like this system is because – you guessed it – it’s free. Actually, it’s a bit more than that. There are several systems out there, capable of planning a flight and tracking it […] read more

There are many different routes to general aviation. Many owners choose the certified aircraft route, whereby they own a machine which was manufactured and registered “certified”,  is serviced and repaired by a licensed AME (aircraft mechanic engineer). For those pilots, the confidence of having their machine looked after by a professional and having that machine conform […] read more

This was originally written in 2007, but we’ve republished it here as most (if not all) of the information is still relevant. It’s a bit long, but so is the process of buying a GA aircraft and so are the odds that it’ll go smoothly right-away. Think of this as a fly-on-the-wall account of a […] read more 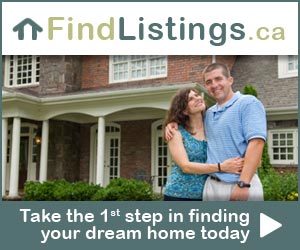